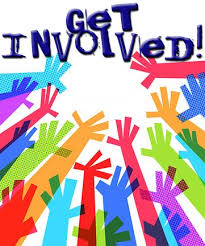 Recovering from active addiction takes hard work and consistency. Nothing worth having ever comes easy.

When I first came into recovery I was beat down. I was lost, alone and desperate for a better way to live. I thought that all my problems would disappear if I could only stop using. I thought that all of sudden my life would be so much better. Well I was half right. My life has gotten a whole lot better since I put down the drugs but my problems did not just disappear over night. I immediately started to blame recovery. I began to think that it was all a bunch of BS. What I didn’t realize at the time was I was only doing a small portion of what is required to stay clean. I was only abstinent from the drugs but not the behaviors associated with them.

I continued to do things that I did when I was using. I continued to lie, cheat and steal among other things and that dishonesty along with listening to the negative thoughts in my head ran me right back out the door and to using again. I tried several times after that to get clean but was unsuccessful. I couldn’t understand why I could not stay clean. I began to think that recovery worked for others but wouldn’t work for me. I decided to stop trying and my life really fell apart. I had lost all hope of ever getting clean. I had lost faith in myself and everyone around me. I isolated myself in my self made prison and spiraled out of control. In the end I was ready to end it all. I wanted to die.

I was given a second chance and by listening to others who have been in recovery for a while I was able to string together a couple of days. I was able to learn to listen and I became willing to ask people for help. I was able to ask people that I did not know “How do I stay clean”. People reached out to me and helped me understand a little bit better about my disease. The disease of addiction is baffling to say the least. It is progressive, incurable and it is fatal. But it can be arrested one day at a time. I learned that I had to get involved, I had to participate in my own recovery. I did not do that the last time and that is why it did not work. So this time I made sure to get involved. I heard them say I was not responsible for my addiction but I am responsible for my recovery. I heard them say that recovery has to come first. I had to fashion my life around my recovery. That I had to talk about what I had been through and what I am going through now. I heard them say make meetings and share in those meetings, to get a sponsor to guide me in the process. I heard them telling me to read the literature and do step work. 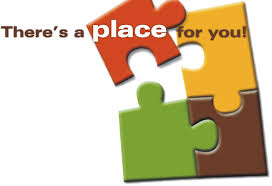 I heard the suggestions that would help me to stay clean. I not only heard them but I started doing them. I began to notice something. My life was changing. I was starting to feel better about myself and I was learning new things and meeting new people. I was actually making friends. People are happy to see me and not telling me to go away. I began to learn how to love myself and take care of my responsibilities. I was feeling like a brand new person and it felt great. I continue to get involved today. It will never be over. I have to be consistent in order to keep what I have.

Just for today..I will do just that.

One thought on “I GET INVOLVED”