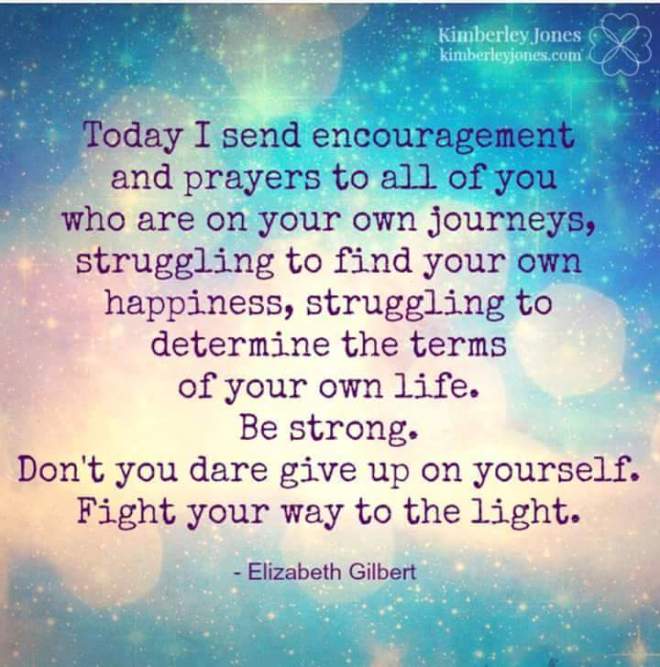 Today I just want to say to anyone who is going through something. Anything it doesn’t matter what it is. NEVER GIVE UP. Things might seem dark right now. You might feel like there’s no way out or that this will never end. Trust and believe that it will.

I remember on so many occasions having those feelings. Thinking that what I was going through was the worst thing that ever happened to me. I remember thinking there was no way out and so I gave up. I allowed my negative thoughts to dictate my actions. I wallowed in self pity and the end results were more pain, more misery, more suffering and many, many more problems.

In my addiction I wasn’t  open to the help that was available to me. I thought that I could do it on my own. THAT I  COULD FIX ME. I found out that I couldn’t and If I was ever going to get better that I needed to seek some help. Even after coming into recovery I still struggled. When I was faced with adversity I GAVE UP. I RAN AWAY. I didn’t believe that I could ever be helped, that I didn’t  deserve the help and that the people that were trying to help wanted something in return. All of which WAS NOT TRUE.

Today I know different,  I know because although I kept running away, I kept coming back. I began to believe that I can change and that people can help. I stopped giving up. I stopped running and began to learn how to feel,  deal and heal. I found out that my thinking was mixed up and I had to learn to trust the people that were and are doing this. It’s working, all I had to do was try and NOT GIVE UP.

So if you are feeling like I did. If you have those voices that keep telling you that you cannot get through this. Don’t believe that. Don’t give up. Don’t stop trying. Don’t quit. The Miracle Is You and you can get through.

THIS TOO SHALL PASS
GIVE YOURSELF A BREAK.

5 thoughts on “NEVER GIVE UP”